Merry Christmas One and All

Sing songs of joy and peace! 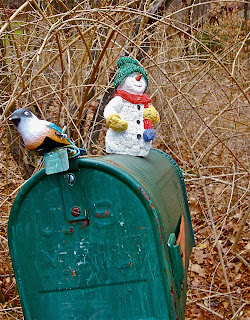 Email ThisBlogThis!Share to TwitterShare to FacebookShare to Pinterest
Labels: plastic

I've found that repetition often results in making the extraordinary rather ordinary. I remember being tickled over this totem pole the first time I saw it - and a dozen or so times after that - but then it became just another blurred form on the passing landscape, a sign post telling me how much longer we'd be on the road before reaching our upstate getaway. After nine years I finally decided it was time to stop and investigate. I'm glad I did - what I found out was indeed extraordinary! 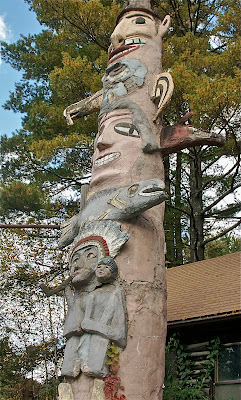 The totem was erected in 1933 by photographer/sculptor Emile Brunel. Each segment represents key moments of his fascinating life. Brunel was mostly known as a celebrity portrait photographer and the founder of the Brunel School of Photography. His interests led him to cinematography and in 1916 he released the silent film, The Hand of God. He also dabbled in invention, creating a one-hour film development process that (surprisingly!) didn't take the world by storm. When he built his Catskill summer home in Boiceville he surrounded it with his eccentric sculptures. It is said that after his death in 1944, his ashes were interred within one of his creations. Behind the totem is a now-defunct trading post, which during the 20's and 30s was operated by Brunel's daughter, Gladys. The trading post was hugely popular and saw much traffic, even into the 1990's when Brunel's granddaughter took over. 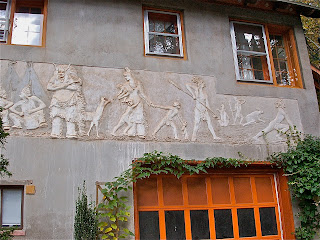 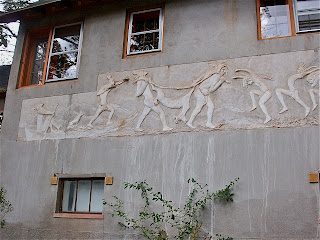 Around the corner from the trading post sits Brunel's impressive home. A stunning bas relief adorns the full length of the structure.
The home and its surroundings have been placed on the Register of Historic Places. These impressive pillars flank the path that leads to the park. 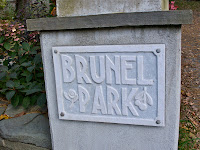 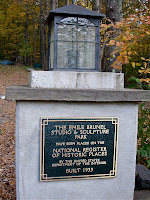 This stony fellow acts as doorman, keeping an eye on the place. Rowdy behavior will not be tolerated. 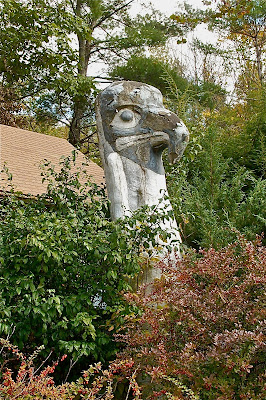 I was the only person there on this beautiful fall day. I felt a calming sense of peace amid these powerful, silent figures. 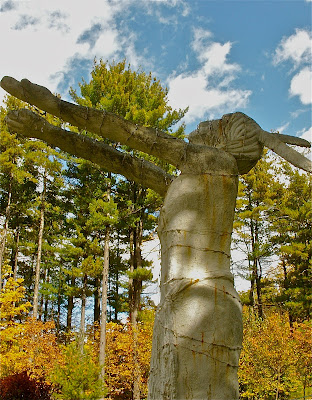 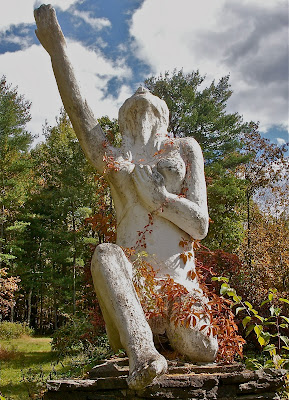 Until I saw these freaky heads! 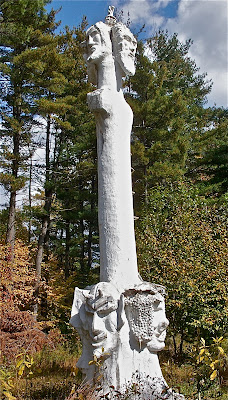 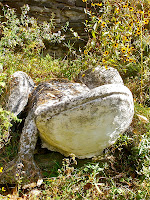 Just yards from a main thoroughfare, Brunel Park transports you to another world, to a holy place. 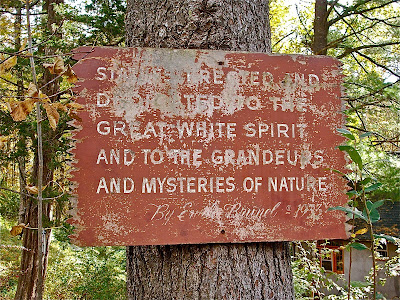 Statues erected and dedicated to the Great White Spirit and to the grandeurs and mysteries of nature. By Emile Brunel - 1933
Posted by Beth on 12/14/2009 12 comments:

Driving through the town of Shady I spied this rather, um, phallic structure jutting out onto the road. 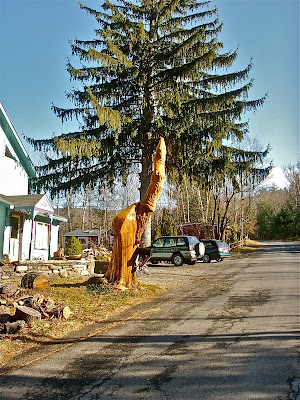 As I got closer I saw that it wasn't at all what my dirty mind had suggested. It was Albus Freakin' Dumbledore!! Apparently with half of Hogwarts stuffed into his wizard hat. 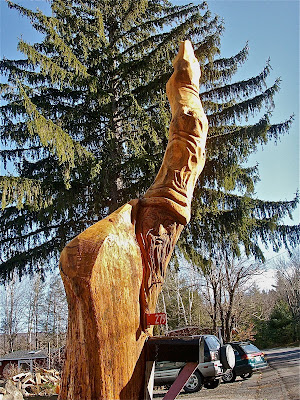 But that's only half the magic. He greets drivers from the opposite side as well. He seems a touch sad that no one stops to say hello. 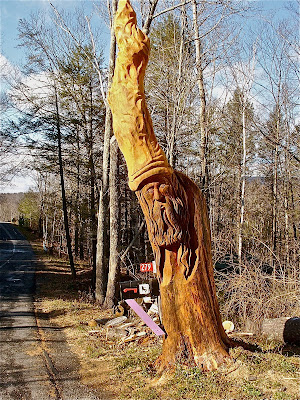 This is a wonderfully creative example of what to do with a dead tree in your yard. It really is a rooted tree, not just a placed sculpture like you see all over the Catskills of bears and what have you. Kudos to the carver of this magnificent Dumble-duo!
Posted by Beth on 12/06/2009 1 comment: