For many, Memorial Day weekend marks the unofficial welcoming of the lazy, hazy summer season. For me it heralds the attack of the tag sale! Strewn up and down Route 28 this weekend were cardboard signs, balloons, and day-glo arrows pointing the way to undiscovered oddities. Some of my favorite finds of past years have been an ashtray with bite, 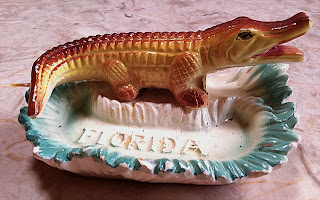 a kitty with attitude, 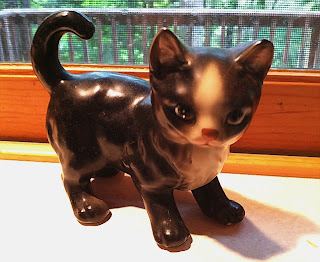 and a sweet leather-clad transistor radio. This weekend I found a treasure trove of old magazines. Horticulture from the mid 50's: 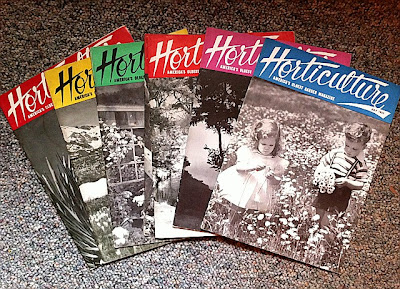 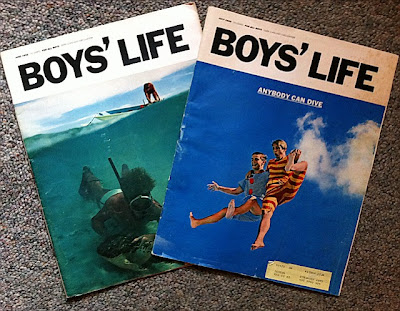 My older brother was a Boy Scout and received Boys' Life every month. I loved the cartoons and the articles of derring-do set in the great outdoors. I even sent away for a snake bite kit, just in case of a deadly cobra strike. I was sure there were dozens hidden in the manicured lawn of my suburban Long Island home. Reading Boys' Life, I also felt the very real sting of sexism. The Girl Scouts were a joke. We never learned to tie a knot, or shoot an arrow, or build a campfire in front of a lean-to. No one told us how to survive a bear attack - just sell the damn cookies. And so, I lived vicariously through Boys' Life. How cool to revisit its pages!

I hit the jackpot with the next find...take a look! 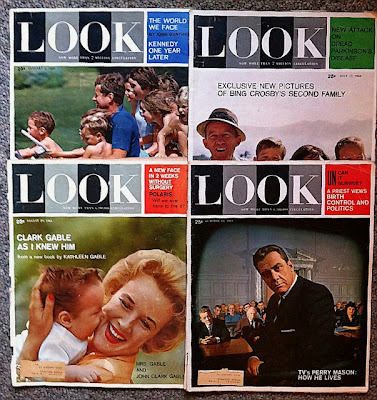 Look magazine was huge! These issues all date from 1961-1962, when their readership topped 7 million! This was the dawn of the new frontier - the era of Kennedy and cocktails... 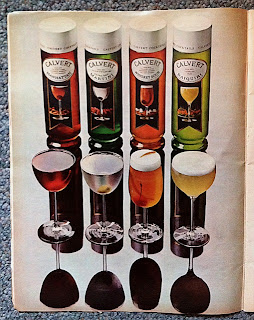 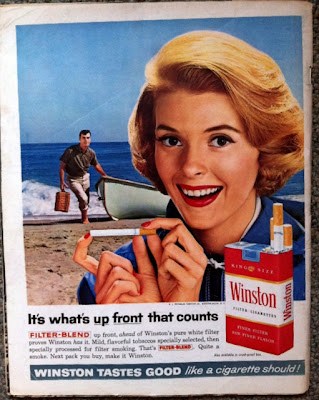 and even sexier cars. 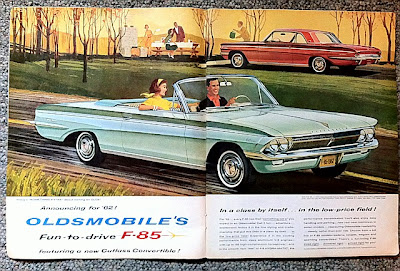 The continental cuisine of Chef Boyardee... 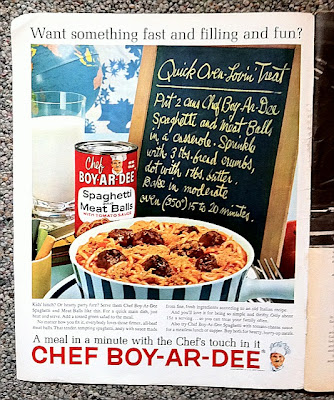 ...and the wholesome goodness packed in a pop art can. 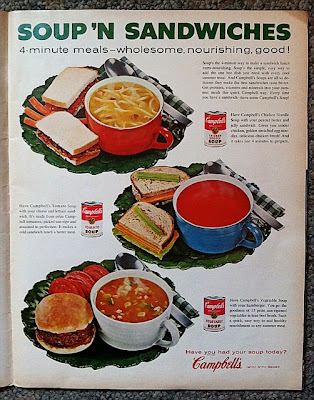 Most importantly, it was an era marked by America's love affair with molded gelatin. 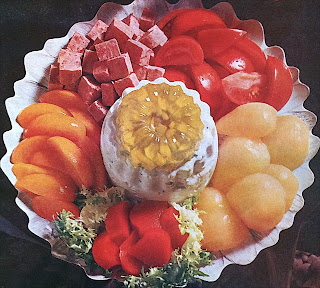 When I was in grad school, I worked part-time in the periodicals department of a large college library. Sunday mornings were my favorite - not many students and rooms and rooms full of bound treasure at my fingertips! I spent many hours hunched in a corner by the stacks pouring through it all, turning the pages and marvelling at a history my parents and grandparents lived through. So yeah, I get a little flushed and my heart quickens when I spot a nicely preserved piece of yore...perhaps a bit moldy, but allergies schmallergies, I got it all for $3 bucks!

You may have thought my last post to be a random bit of advice courtesy of a spray paint totin' mama, but it's actually a whimsical come-on for a new(ish) cafe and espresso bar in Phoenicia called Mama's Boy Market, owned and operated by the multi talented Michael Koegel. 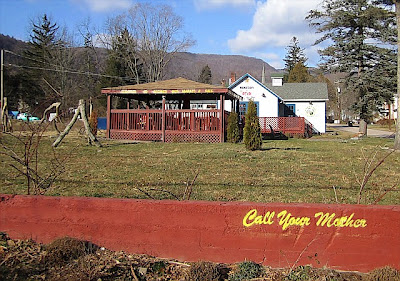 The delicious baked goods and primo cappuccino of Mama's Boy are far from being odd, but its location happens to sit upon the ghost of an oddity - The Phoenicia Hotel. Built in the 19th century, the historic Phoenicia Hotel was a haunt of Babe Ruth, Lee Marvin, and the notorious gangster Dutch Schultz. According to one legend, the Dutchman had lunch at the Phoenicia Hotel on October 23, 1935. Afterward, to hide his millions from the Feds, he buried his loot in an iron case somewhere in the vicinity. That night, he made his way to an eatery in Newark, where he was assassinated by henchmen sent by Lucky Luciano. The location of the treasure went to his grave and hopeful hunters have been coming to Phoenicia ever since to unearth it. For a while, one of the proprietors of the hotel allowed his customers to dig on the property, just as long as they signed a waiver to split whatever was found. That was abruptly stopped when someone showed up with a backhoe.

In 2007, a fire destroyed the landmark hotel. 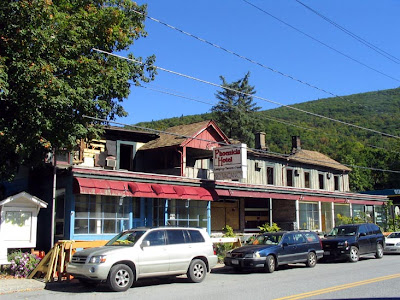 Ah, the Phoenicia Hotel and its colorful bar scene! I have fond memories of grooving to Mario's one-man band, while a man I dubbed Greg (I swear he was the reincarnation of Gregory Peck!) always stood silently at the end of the bar, chewing on a toothpick, thumbs in his belt loops, as if he just fell out of a John Ford western. One night before closing, the beautiful, tattooed bartender belted out an a capella version of "Me and Bobby Magee" that I'm sure had Janis smiling down from a heavenly mountain in the sky, and during the Eastern grid blackout of 2003, warm beer was served by candlelight at the bar.

After the fire, the empty charred shell of the hotel sat dormant for a long time. Finally it was razed, leaving a huge lot with a giant mound of rubble in the middle. It stayed an eyesore for what felt like an eternity. One day while walking through town, I felt compelled to sift through the debris - I wanted a memento! I hopped over the barrier tape and dug around while my boyfriend pretended to have no idea who the crazy lady was. Something in the ruins was calling to me...a phoenix feline rose from the ashes, and this is what I found! 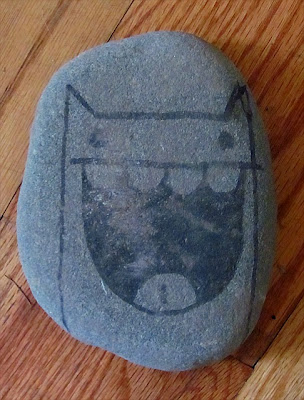 Not quite the lost treasure of Dutch Schultz, but something more precious  - a sharpied, river rock reminder of the happy times spent at the Phoenicia Hotel.
Posted by Beth on 5/17/2011 No comments:

Email ThisBlogThis!Share to TwitterShare to FacebookShare to Pinterest
Labels: stone

What are you waiting for? 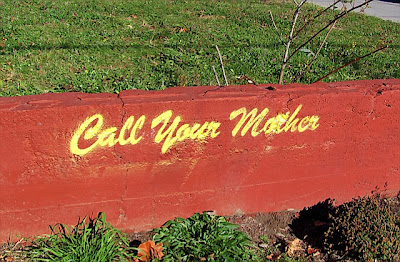