While driving along these country roads, I always brake for dudes in loincloths. Look! There's one in the distance! 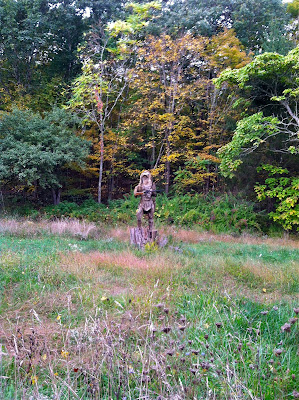 Could he be the last Mohican? Perhaps. The Mohican tribe settled along the banks of the Hudson, which they dubbed the Mahicannituck. They called themselves the Muh-he-con-neok, meaning the People of the Waters That Are Never Still. I find that so very lovely. I'm certain they didn't have rifles, that is before the European settlers came barreling in with them. Which is why it made me sad to see that someone had nailed a firearm to his arms. (omg...where are his hands?!) Is this supposed to be a not-so-subtle hint about trespassing?  I wanted to get to know my native friend a bit better, so of course I got a bit closer. 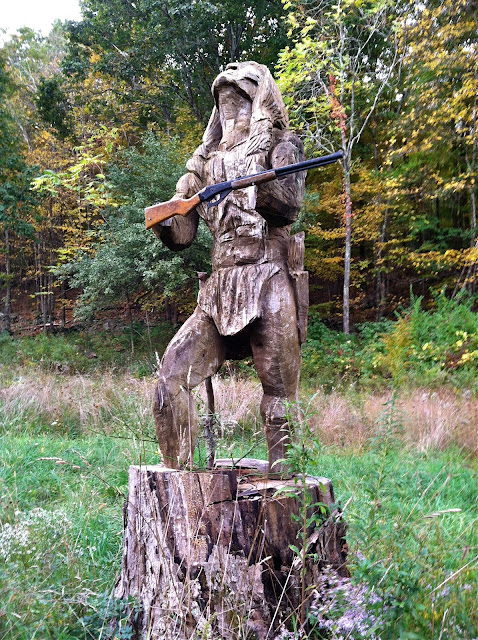 This really is a fine carving. Nice quads! 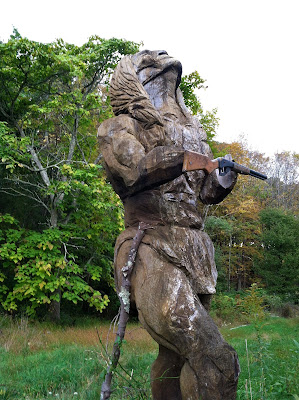 Still, I really hate that he's got a gun. Seriously, I hate that. He's obviously striking a pose of thanks to the Sky Gods of stuffing and sweet potatoes, not looking for a can of cranberries to shoot off a fence. If I were the owner of this magnificently carved man, I would change up what he's holding. Perhaps a custardy fruit trifle, instead of that rifle? What would you have him hold?

While pondering that, I'd like to wish my Friends of the Internet That is Never Still a happy Thanksgiving. I am thankful for your visit to my little blog, and I'm immensely grateful that the Catskills continue to be a veritable cornucopia of curiosities!

Email ThisBlogThis!Share to TwitterShare to FacebookShare to Pinterest
Labels: wood

So who got shook up by Sandy? *raises hand*  I think the windows on this house got a bit scrambled by the squall, as well. Or as my friend remarked on this peculiar place, "It's as if someone went to a spectacular window sale and said: I'll take that one, a couple of those, three or four from over there, and oh, these are nice…I'll take them, too!" 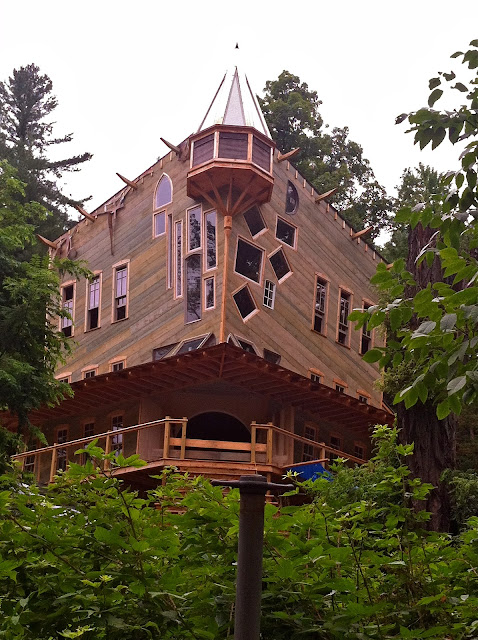 Willy-nilly windows aside, I truly hope that if you or a loved one were hit hard by that blustery bitch, that the road to recovery has been swift. As a Long Islander, I'd like to thank the Ulster County Fire Departments who came to my area. Thank you for sacrificing the time you would have spent with your own families and communities in order to help mine. Your assistance and bravery did not go unnoticed. A big wind-swept kiss to you all!
Posted by Beth on 11/15/2012 2 comments: