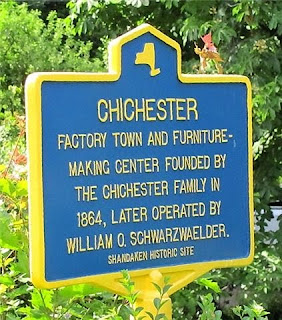 ...because I always wondered what these ruins were doing in someone's yard. They're the ghost buildings of what was once a thriving furniture factory. 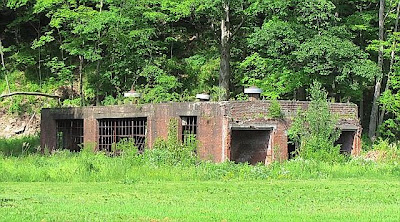 The company-owned hamlet of Chichester was founded by the brothers Frank and Lemuel Chichester. With an abundance of hardwoods and the water power of crisscrossing streams, this area of the Catskills was the perfect spot to situate their factory. They specialized in chair and cradle making. Old timers would have you believe that every chair on the east coast came out of Chichester. 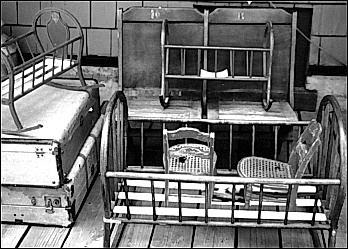 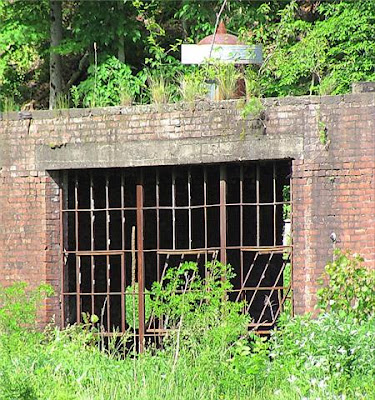 Decades later, the great depression devastated the business and it went kaput in 1939. The rest of the hamlet no longer had an owner, and would be doomed if it didn't find another. The village, at the time comprising of 44 houses and buildings, was put up for auction on October 28th, 1939. The hamlet was purchased at the auction and has been in the hands of private owners ever since. 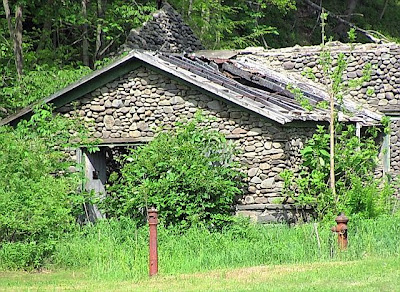 Hopefully, these remnants of the past will stay standing for another 150 years.
Posted by Beth on 6/29/2010 14 comments:

I daresay you'll find a vacancy at the Reservoir Motel, what with that fancy cable television broadcast in living color. They're probably booked all summer, while us chumps have to watch the new summer lineup in black and white down at the Days Inn. 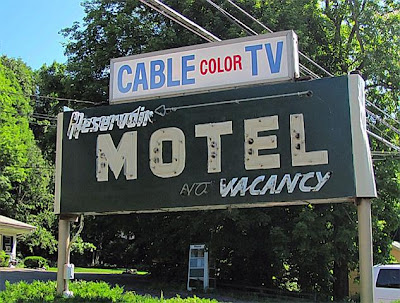 And that isn't the only amenity being offered to their lucky visitors. See it in the distance? 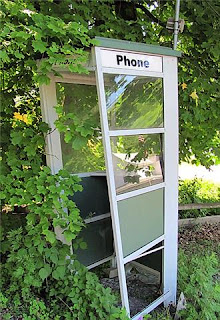 It's a sort of glass enclosed little booth with the word Phone stamped on it. Hmmm..I'm guessing one could use a cell phone within its confines without disturbing other guests.
How clever!
Posted by Beth on 6/14/2010 1 comment:

Tavern on the Scream!

We drove by this spooky haunted house tavern on the way to the Ashokan Reservoir. 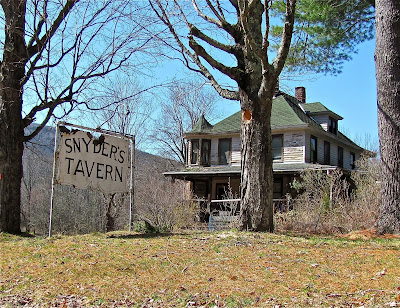 The entrance was barred, indicating that trespassers were not welcome. Trepidations be damned, I had to approach it for a closer inspection. 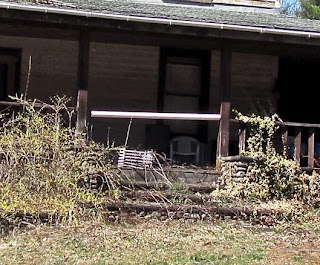 Everything about the place - the choking weeds, the peeling paint, the dusty neon beer signs - suggested it hadn't seen a patron in years. 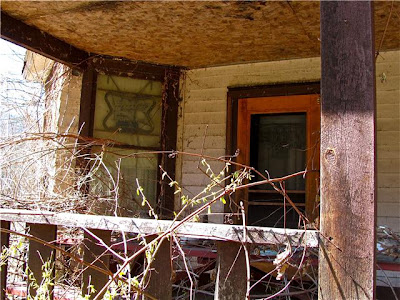 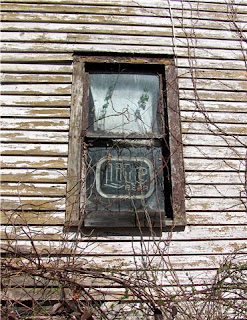 I could almost make out an old lady rocking behind that upper window. 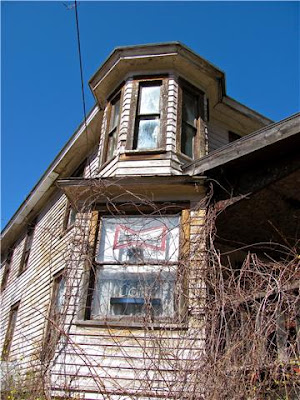 Just when I thought I couldn't possibly freak myself out any more, a woman appeared from around the corner, eyeing me suspiciously.  She didn't mince words: "Whattaya want?" Sheepishly, I said, "A drink?" "Well, we don't open til the evening," she replied. Translation: "Skedaddle, sweetheart." I managed to take one more picture before thanking her for the info. Judging by these cans, the place does a brisk business. If I get up the nerve, maybe I'll pop in one night for a Bud. Or maybe not. 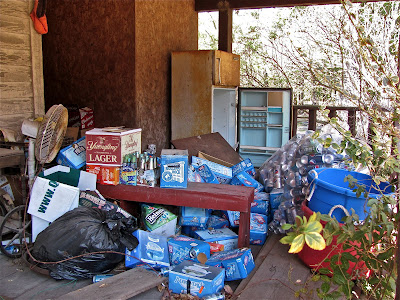 Note to downstaters: if you're on someone's property, wherever they are, they will know - it's some kind of 6th sense that city folk just aren't wired for.
Posted by Beth on 6/01/2010 3 comments: